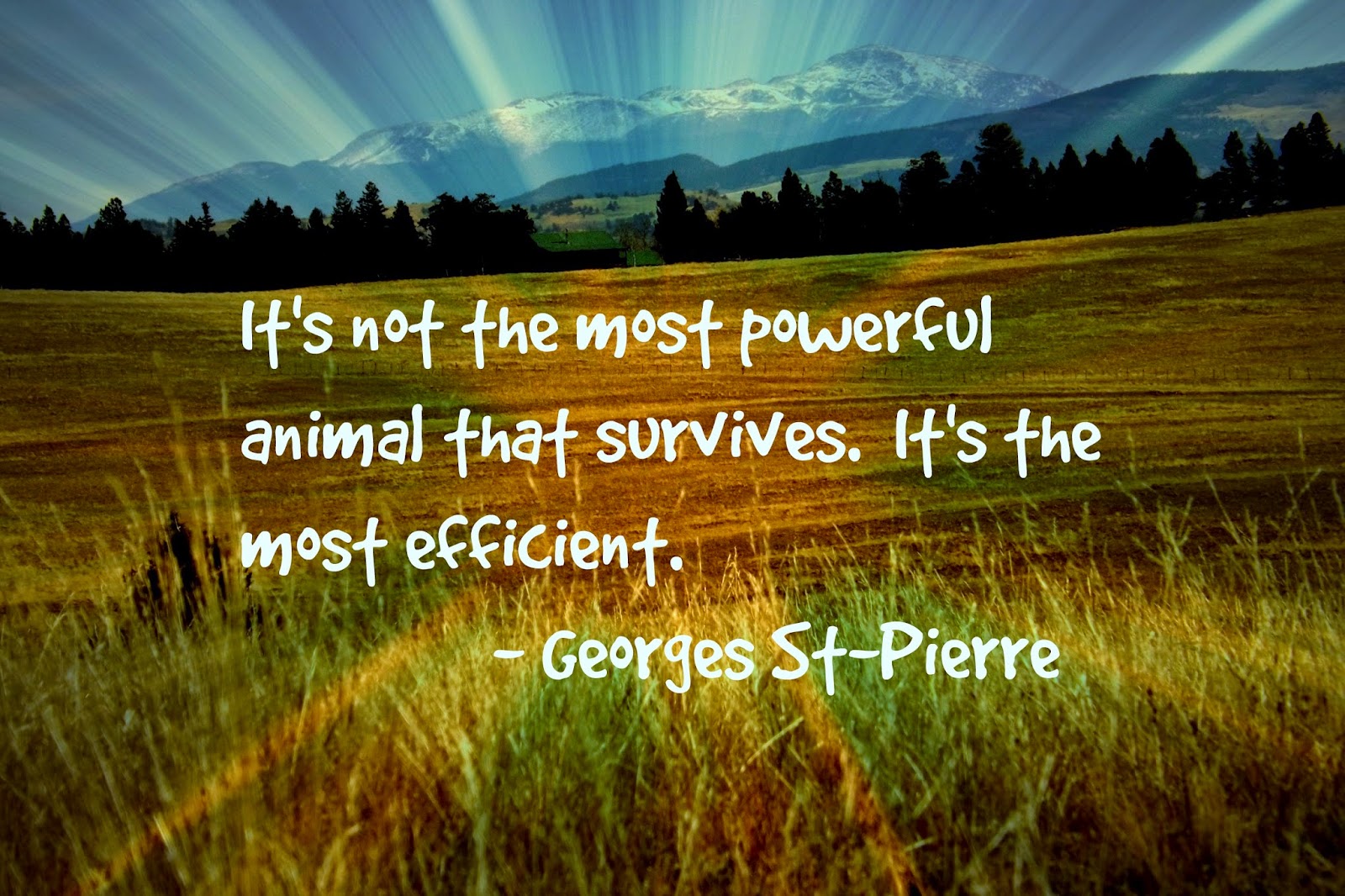 I believe EVERYONE, even in this day of high comfort and vast technology, still has at least some wilderness survival instincts embedded deep within their DNA that has been handed down from our ancestors.   It's our choice to act on those instincts, and for some this may be a bit easier.  For example, if you grew up on a farm, in an off-grid cabin, or spent countless hours sleeping under the stars, your instincts may be sharper  than the average westernized person.  If your idea of spending time outside is laying on a beach or mowing the lawn, your survival instincts might be pretty dull.  If a person decides to hone in and polish these instincts, they can eventually develop into survival traits.  These traits will give them the ability to survive in extreme situations. All true wilderness survivalists share six common survival traits.  These traits are the keys to their survival.

Over the past couple of years, I've read many books and websites on the characteristics of wilderness survivalists.  Even though survivalist's backgrounds may vary, there are common survival traits they share.  Two of my favorite survivalists are Ernest Shackleton and Zebulon Pike.   Ernest Shackleton overcame extreme conditions, not only for himself, but for his team.  Some will argue he put himself and his team in danger, but despite this perspective his story is quite heroic.  I  consider Zebulon Pike the "Ernest Shackleton of the Rocky Mountains" due to the paralles of their stories.  Another story that is quite impressive is that of a 3 year old girl, who survived 11 days in a Siberian Forest by herself.  At age three, she had just enough common knowledge of water, food and shelter to keep herself safe until help arrive.  I honor all of these survivalists and find their stories inspirational.

After a lot of curiosity, research and just plain creative thinking, I decided to come up with my own list of traits found in true survivalists.   Below is a list of Six Traits All Survivalists Share I think are necessary to survive and thrive in the wild. 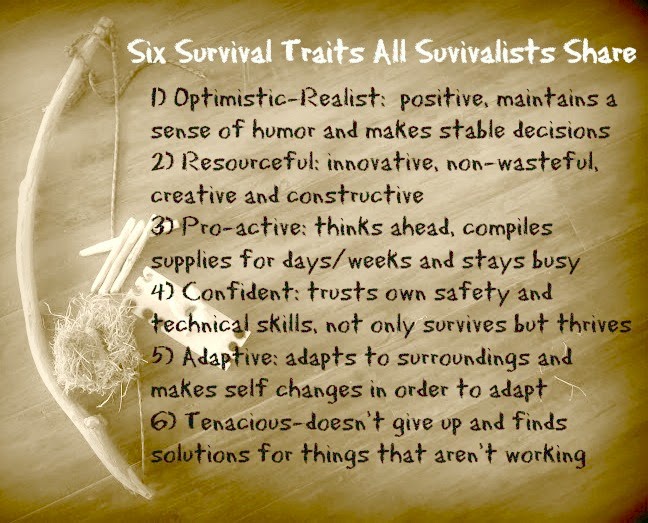 Going into any survival situation, one needs to prioritize.  Being familiar with the Rules Of Three is a key element into survival.  The rules of three state that it takes an average of 3 minutes to die without oxygen, 3 days to die without water and 3 weeks to begin to die without food (or at least before your body literally starts eating away at your organs).   Some people also say you can't survive 3 hours without shelter.  I challenge this because it depends on the environment in which you are located.  I've survived more than 3 hours without shelter many times.  (My opinion on this will be addressed in a distance future post.)  Another common killer of survival in the wild is hypothermia, which can relate to the shelter piece.  While keeping these four (oxygen, water, food and hypothermia) survival threats in mind, a survivalist will know how to prioritize.  Priorities of survival can change each minute, hour, day or week depending on any immediate threats.  It takes a rational thinking person to prioritize the needs at each moment, while thinking ahead to the future.

Since my recent intentional survival experience in a Central American jungle, I've re-evaluated what survival really means to me and what type of person can truly survive and thrive in the wild.  Some of my thoughts parallel Charles Darwin's famous quote, "Survival of the Fittest".   I grew up thinking this statement  meant only the strongest and fastest survive.  This is a common misconception.  Upon further reading, I found Darwin's quote has a much different meaning.  He defined "fittest" as meaning those that can adapt to their surroundings verses always being the strongest.   After my survival experience,  I consider Darwin's theory to be true.  I may not the strongest or the fastest in any given group of people.  However, my ability to survive in the wilderness is definitely higher than the average person.  Why?  Because I have all six traits listed above.  Some might be more pronounced than others, but I'm willing to strengthen and improve my shortcomings to become an even better survivor!

What survival traits and skills do you have?
Posted by Tara L. Skubella 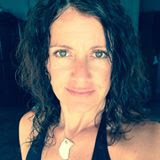